HOW ARE THE GAMES AT NEW CASINOS TESTED?

When it comes to new UK casino sites, there’s sometimes a big misconception, as some players believe that the games might not be fair. They believe that because the site is new, there’s been no real test of the fairness of everything in place, therefore they don’t want to trust their money there quite yet.

Here’s where we have to interject though, as new casinos are actually some of the very safest around. In fact, they will have had their games tested comprehensively prior to going live, and they will be constantly checked throughout the time they’re open as well. The result? You can trust the site while you’re playing there.

THE TOUGH ROAD TO A LICENCE

Firstly, it is seriously tough to obtain a licence from the Gambling Commission to offer gambling services in the UK. Regardless of whether the applicant is a small casino or a multinational sportsbook, they require many prerequisites to be ticked before they’ll even consider letting the site operate. One of these checks will be on the fairness of the games offered, which is exceptionally detailed and leaves no stone unturned.

These games are generally tested by a testing house licenced by the Gambling Commission. The best example would be eCOGRA, although there are several other reputable testing houses as well. These companies take a game, and then test it in minute detail. For example, when testing a slot, they’ll simulate millions of spins, analysing the results they receive. This will allow them to decide whether the RTP is really as stated, and whether players are being treated in a fair manner.

They will also test out the random number generator, which is used to dictate the randomness of games. If they approve the RNG, there can be no doubting the fact that it is completely random. Even if they didn’t test the RNG though, you’d still get a fair game, as modern RNGs are almost impossible to alter and are controlled by the software provider, not the online casino.

Only once the casino has passed these tests – as well as many others – will they be allowed to start offering services to UK players. So, you can be sure that the games are incredibly fair at any new casino licenced and regulated by the Gambling Commission. If there is no licencing though, keep away and instead play at a casino we’ve recommended.

THE ROLE OF SOFTWARE PROVIDERS

You should also remember that while a site might be new, the games used at the site probably won’t be. Instead, they’ll be games from external software providers, that have already been used at a variety of other sites. For example, a new casino might open and offer Gonzo’s Quest – the fantastic slot from NetEnt – to players. This slot has been a mainstay at other casinos for years, and if it was unfair, it would have been found out by now.

Also, the biggest software providers have no incentive to make their games unfair. Like casinos, they’re scrutinised heavily, and if they were found to be offering unfair games, their business would be ruined. So, it makes sense for the software providers to almost self-audit themselves, ensuring that their games are completely fair.

The upshot of all this is one simple conclusion: new casinos licenced by the Gambling Commission and populated with games from reputable software providers couldn’t be much safer. Remember, we’ll only ever recommend sites that we know are completely safe, so you can always play at a new online casino in complete safety.

Casino Of the Month 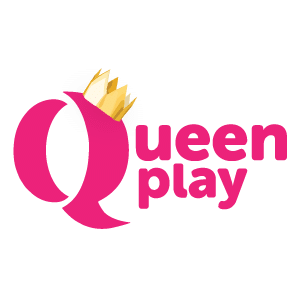